We tried to teach. We got homeschooled.

I shared my tale of homeschooling woe - reproduced below - with the Irish Examiner and on Medium.

School’s finally out for summer so let’s review what our family have learned over the last four torturous millennia, I mean months, of homeschooling.
Many facts were learned. Not by my kids, of course. They’re off the garden somewhere eating mud or setting fires or something. They learned nothing but Mum and Dad’s favorite spots to hide the TV remote, the fancy biscuits, and occasionally ourselves.
But the grown-ups feel a great deal more educated. When the primary schools and daycares here in Ireland announced they were closing but would be sending out work each day, we stayed hopeful. After all, many people around choose to homeschool their kids. How bad can it be?
It’s bad. It’s terrible and we’re terrible at it. Do you know the cunning required to make a 6-year-old willingly open a workbook? The tenacity needed to get them to sit down and finish a page of writing? The mess a 3-year-old can create while you’re doing maths problems?
Homeschoolers are clearly in a class of their own. Before I tried it, I thought that people who homeschooled were a bit intense. Now I am petrified of them. Let’s be grateful they’re tied up educating their kids. If they had time to use their hard-won skills on the rest of humanity, we’d be subjugated to their will in a week.
My time as a reluctant homeschooler taught me you need to plan carefully.

My top tip for planning for surviving a prolonged schools’ closure it this; don’t have small children.

Child-free, I could have been watching my artisanal sourdough rise from the smugward Labradoodle position on my luxury yoga mat. Instead I am forever doing laundry, while preparing the kids’ five millionth snack of the day, and repeating “just one more page” like a mantra as I google “can you evict a toddler”. (You can’t. Sorry.)
Not that parenting has stopped some self-improvers from topping the class. Social media is full of serene Insta-mums rhapsodising about connecting with their children through yogilates. When we tried family yoga, the only thing that connected was the kids’ flailing feet with our ears.
This whole Coronavirus thing has just shown up our complete lack of preparation to be teachers and maybe even parents. Why don’t we have a printer? Why do we have two children under 7 and an aging dog, and not two dogs under 7 and an adult child qualified as a vet?
What were we thinking, 8 years ago, when we said “let’s have kids — who likes having spending money anyway”? We could have spent lockdown holidaying childless in Dalkey, drinking cans from a Supervalu bag with a socially distant Matt Damon, instead of ugly-sobbing into our children’s workbooks.

I know, I know, we should count our blessings. Friends and family, isolating solo, said they’d “love” to have children about for company, but no one took me up on my offer to drop one off for a week.

People ask me “What has homeschooling taught you?” Actually, they don’t. Either they don’t talk to me at all or they say something like “is that your child running naked down the street again”.
But if anyone could manage a conversation over the screaming (both from my children and in my head) they might ask that. I mean, it beats “what’s in that paper bag you’re drinking from”.
It isn’t just our teaching skills getting an F, we lacked equipment too. Our school sent a million printouts, but we don’t have a printer. Online STEM experiments would say they needed “simple items from around the house”, and would then demand glass flasks, a pipette, a used merkin, some liquid nitrogen and a unicorn horn.
So we often skipped official homework but managed some real studying. My kids engaged with the literary themes of Lord of the Flies and The Hunger Games, both thrilling tales of conflict in a disintegrating society. I didn’t read the books to them or anything, but every time I left them unsupervised for 5 minutes I’d come back to find them staging a live-action version.
We’ve also worked on our reasoning. If one child is crying, how long before the other does? Is that chocolate or poo on their hands? If there’s no summer camps for under 5’s, where do workplaces think all the magical summer childcare is coming from?
And there’s always PE. There was a lot of chasing and Hide and Seek — ready or not, here they come! Generally when the grown-ups weren’t playing but were in an office Zoom meeting, or the bathroom, or just trying to sneak in a fancy biscuit. 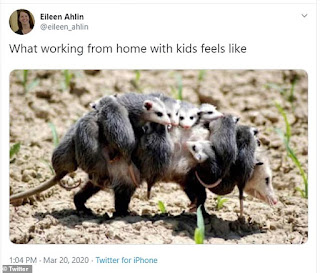 For all the tears and tribulation, it hasn’t all been bad. There has been a lot of play. A lot of cuddles. Lots of days out the back garden studying bugs and making terrible art. And, through homeschooling, we’ve discovered a lot about the kids’ learning styles. We’ll be better at supporting their teachers and definitely appreciate their capability more.
I mean, just look at a class photo. Look at the children, in school, reading things and not biting their siblings or the dog. Look at that teacher, all stress-smiling from getting all thirty of their charges to stand still for two minutes. We used to have a teacher like that. Saw them 5 days a week. But did we appreciate them? No. We barely thought about them, before dropping off the children each morning with a cheery smile.
I’m thinking about them now. Thinking what will happen if teachers don’t come back. I’ll definitely get them a decent gift this Christmas. Some of us have learned a lot.
Not my kids, of course. They’re off the garden digging pits or reenacting Battle Royale or something. And, if you’ll excuse me, I’m going to use the brief peace to sneak in a fancy biscuit.
Parenting 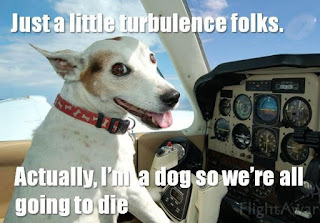 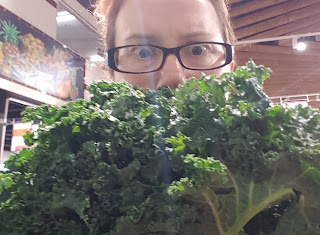